Press Sample
I don’t think it’s any surprise I love a good BEAUTY subscription service. Even though my husband may not want to admit it, he gets a tad bit jealous that there are hardly any sub boxes out there for guys nor is he receiving any. Let’s be honest – he’s not about that Birchbox for men subscription life nor will he ever be.  When I told him that the May Lootcrate box was on the way to him, I’m pretty sure he had a melt down.

For those of you unfamiliar, LootCrate is less than $20 a month and is a themed monthly subscription service geared towards the guy who loves video games, embracing his inner geekness (Is that a word?) and of course one who loves swag.  Each month, LootCrate hand picks between 6 & 8 items to include in the box that range from exclusive gear, snacks, toys and other goodies for the geek in you.  Such an awesome idea for the guy in your life who isn’t into receiving sample colognes in the mail each month and would rather have a Zelda t-shirt.  This month’s theme was ‘Adventure’ and included items from Zelda, Adventure Time, Minecraft and more! 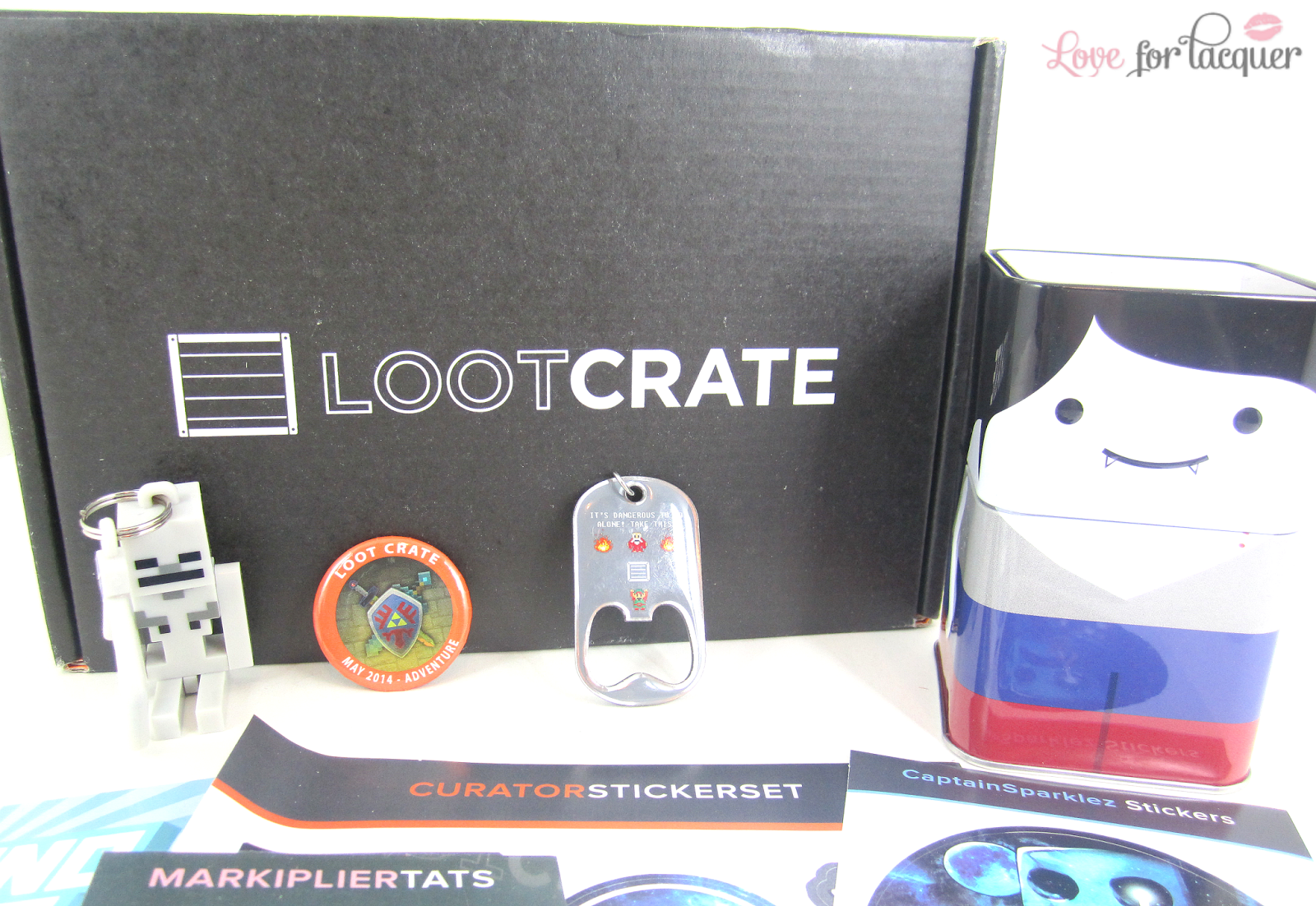 So I’m pretty sure my husband lost his cool over the shirt.  Based on his reaction, I’m assuming it was his favorite thing in the crate. 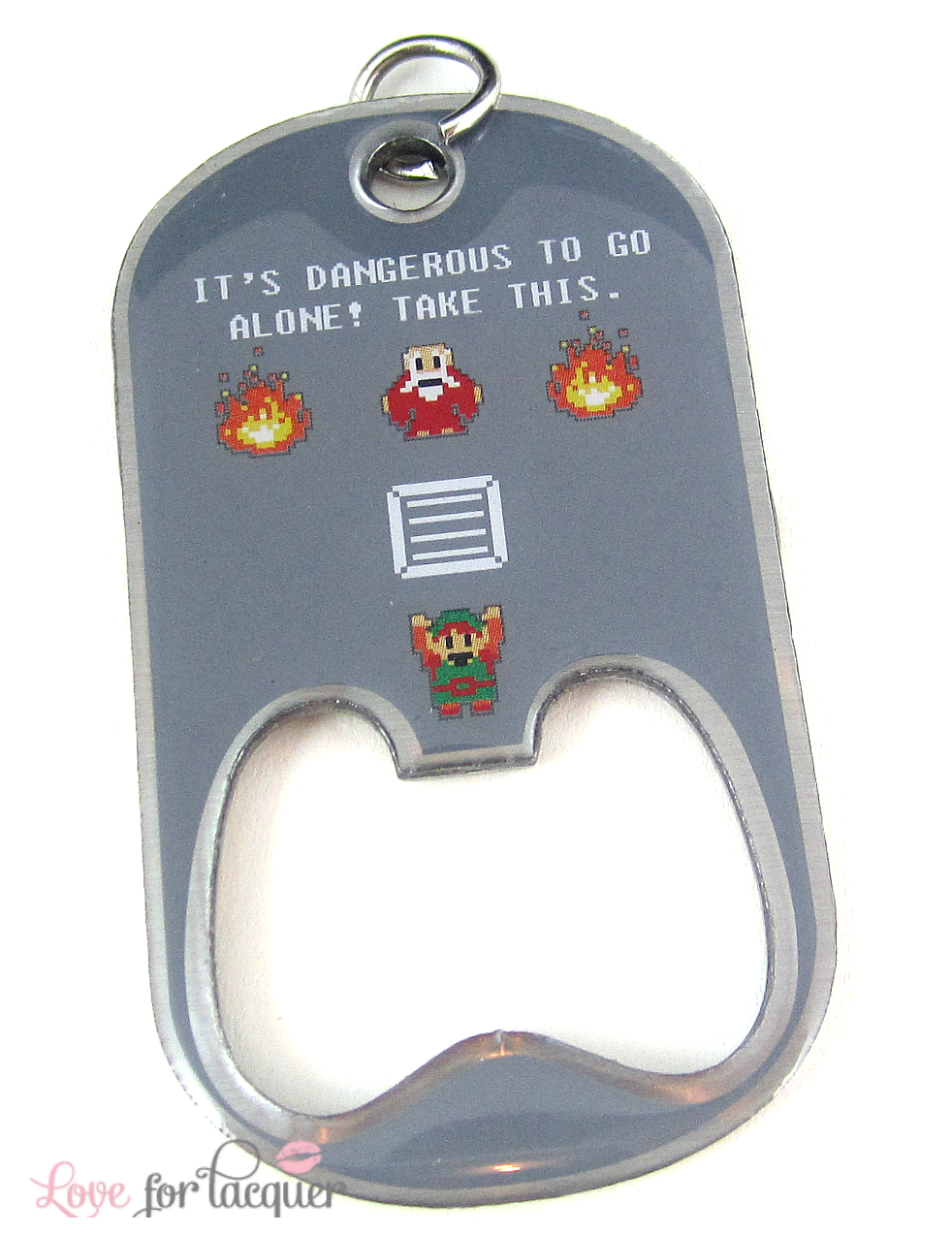 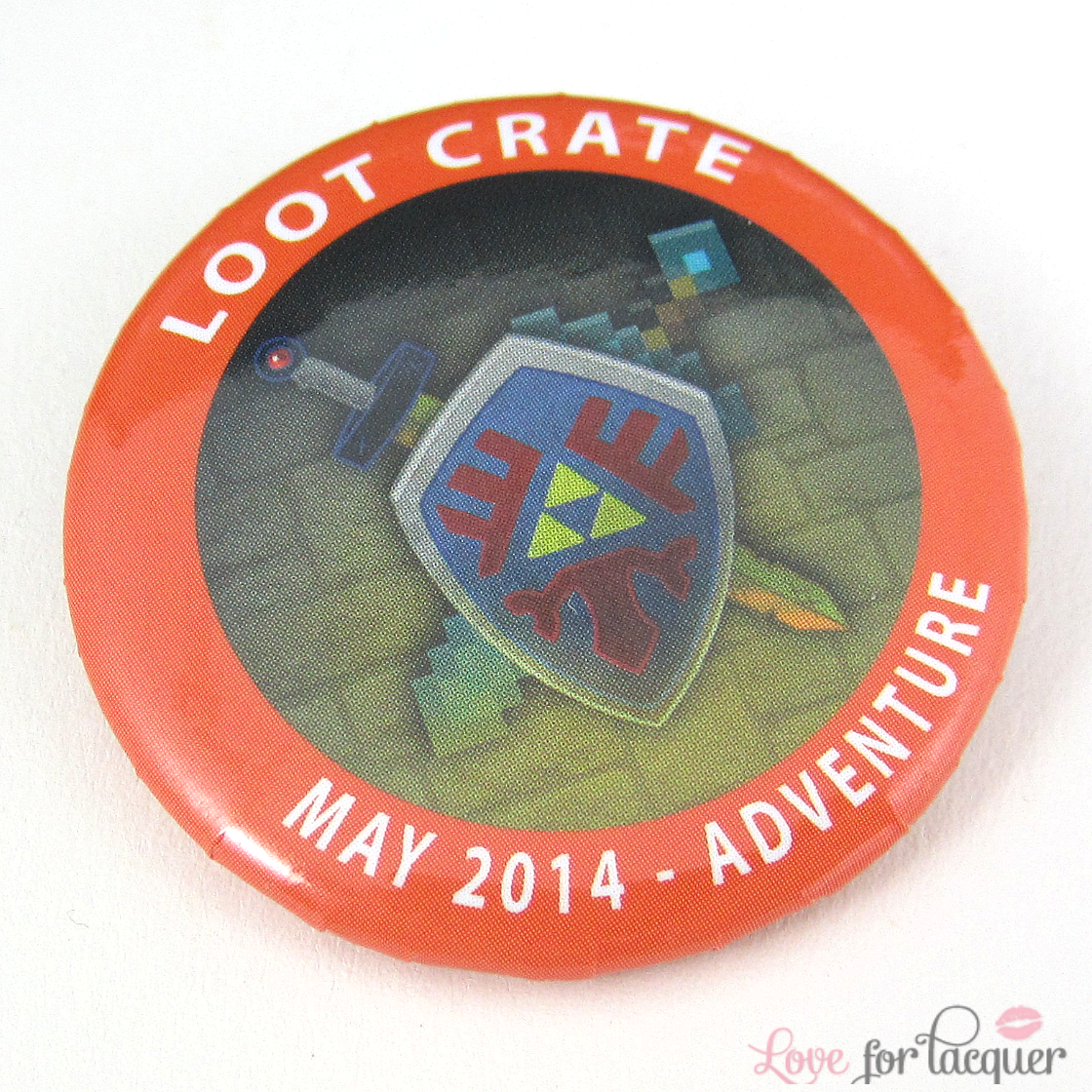 Overall, for less than $20 I would say it was a definite winner in our house.  My husband was incredibly happy with the contents and even my 3 year old was psyched because there was a Minecraft item.
If you’re looking for an awesome and affordable Father’s Day gift or if you feel bad because you just spent hundreds of dollars on the new MAC collection and need to splurge on your guy, I would definitely recommend checking out LootCrate!
Availability : LootCrate.com
Price : 1 Month : $19.37 | 3 Months : $55.11 | 6 Months : $105.99
* Use code LOVEFORLACQUER for a 10% discount!
Facebook : LIKE
*Provided for an honest review. All opinions are my own*